Running a Non Profit Organisation is all about making contacts with people that are valuable to your organisation.

One such person is a local graffitti artists named Giffy Duminy … One can see examples of this young mans amazing talent throughout KZN and Cape Town as well as other parts of the world he has made is mark in.

Giffy approached us in 2015 to do a painting on our outside unit wall and the result was an amazing dehorned rhino which was meant to make people aware of the sad state of affairs regarding Rhino poaching in our beautiful country.

Later in 2015 a donation of a container was made to us and this proved to be a perfect canvas for GIffy… the Red Honeysuckers were born.

Unfortunately the container rusted and needed repair work so we lost the pictures but the most amazing purple sunbirds replaced this painting.  This picture has been the backdrop of many events held at Embocraft Training Centre.. everyone wanting their picture taken with this.

In 2018 Giffy approached us as he had a commission in conjunction with the WWF to paint a mural of an elephant..  well I say no more – the most magnificent elephant now fills the West side wall our building towering over all who pose to have their photos taken with him… this picture was featured in a short film featuring South African wild life and was shown at International Airports around the country.  We could not be prouder of our elephant and the fantastic mural. 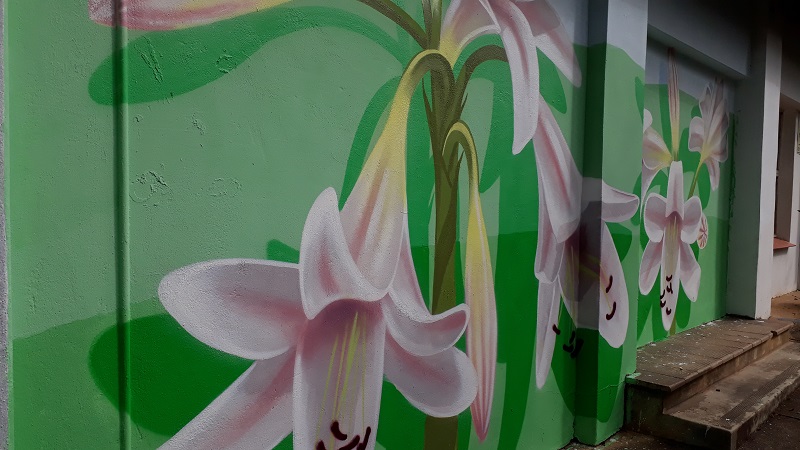 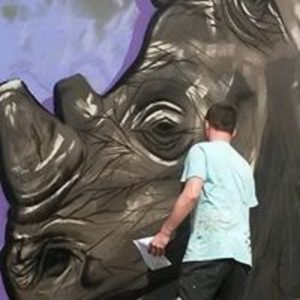 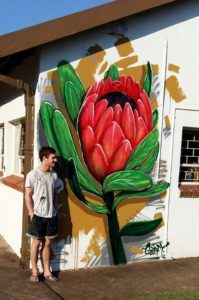 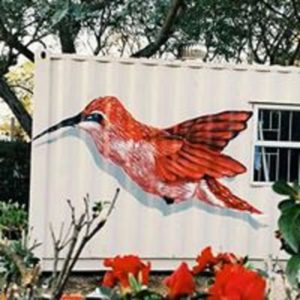 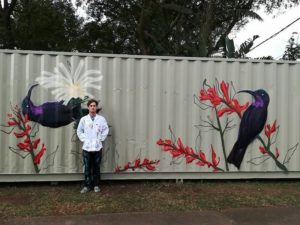 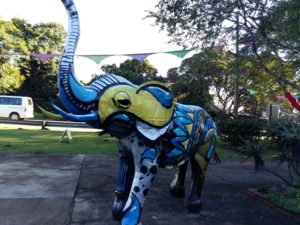 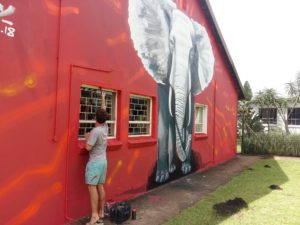 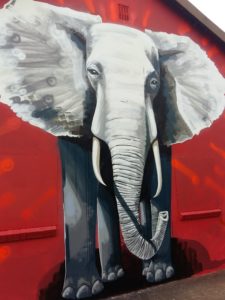 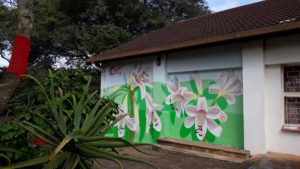 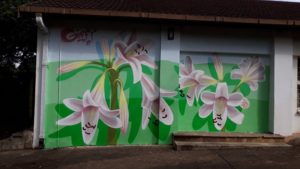